McDaniel College, founded in 1867 and nationally recognized as one of 40 “Colleges That Change Lives,” is a four-year, independent college of the liberal arts and sciences. Its personalized, interdisciplinary, global curriculum and student-faculty collaboration develop the unique potential in every student.

McDaniel College, founded in 1867 and nationally recognized as one of 40 “Colleges That Change Lives,” is a four-year, independent college of the liberal arts and sciences. Its personalized, interdisciplinary, global curriculum and student-faculty collaboration develop the unique potential in every student.

See and share stories about what McDaniel College students are achieving

News and announcements from McDaniel College

Drama, Artistic, or Musical Achievement - 2012 Nov 19
McDaniel College Students Perform in College Choir Concert
McDaniel College's annual College Choir Concert is Sunday, December 2, 7 p.m. The performance, which is free and open to the public, takes place in Baker Memorial Chapel at 2 College Hill, Westminster, Md. McDaniel's 56th annual tree lighting ceremony follows the concert. The college choir, under the direction of Margaret Boudreaux, music professor and department chair, celebrates Shakespeare with "The Fanciful Spirit: Songs Inspired by Shakespeare and Others." The choir is accompanied by senior lecturer in music David Kreider on piano. The featured work is "In Windsor Forest" by Ralph Vaughan Williams. Other works include the classic spiritual "Ev'ry Time I Feel the Spirit" by William Dawson and a variety of seasonal works, such as settings of the Hanukkah song "Y'mei Chanukah," the German folk carol "Still, Still, Still," a Chilean work "Villancico de Cuzco," as well as "Throw the Yule Log On, Uncle John" by P.D.Q. Bach. The concert also includes the Maryland premiere of a new setting of "Sonnet 128" by Robert Cohen. According to Boudreaux, "The majority of pieces use texts from Shakespeare plays, such as aEUR~Tell me where is fancy bred,' aEUR~Blow, blow thou winter wind,' aEUR~Sigh no more ladies,' aEUR~O mistress mine, where are you going?' and aEUR~Take, oh take those lips away.' Some of these well known texts will be sung in multiple settings by a variety of composers and in diverse styles." Among the students performing are: 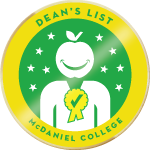 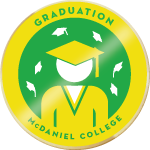 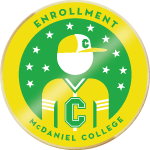 McDaniel College welcomes Class of 2015
Nearly 440 members strong, McDaniel's freshman class represents an impressive array of diversity, scholarship and leadership. - Three-fourths performed community service and half held leadership roles during their high school years. - 40 percent are the first in their families to attend college. - 38 percent come from out-of-state. - The Class of 2015 represents 25 states stretching from Washington state to California to Florida to Vermont. - They hail from the U.S. and six other countries: Bahamas, China, Ecuador, Germany, Korea and Vietnam. McDaniel's Class of 2015 includes: 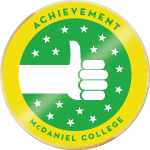